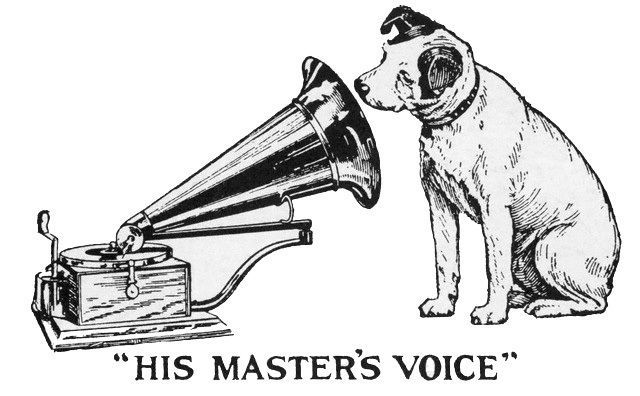 One of my favorite stand-up comedians, Brian Regan, does a joke about how ridiculous it is to put off going to the eye doctor. “How can 'instantly improve vision' not be at the top of your to-do list?” he asks. Like many comedians, his humor points to an important truth: Sometimes we are not diligent about things that are very important.

This series of posts is unpacking the Westminster Shorter Catechism's answer to the question “How is the Word to be read and heard that it may become effectual to salvation?” Each post will examine one of the seven things the catechism puts forward as important in helping us to read and hear God's Word in a way that is effectual – in a way that produces the intended results. The catechism's answer begins: “That the word may become effectual to salvation we must attend thereunto with diligence...”

As our comedian friend has noted, when something is important, it is worth our diligence. So how do we read and hear the Word of God with diligence? My quick search for a definition tells me that diligence is “having careful and persistent work or effort.” I would suggest the opposite of that is to be casual, passive, and occasional. How effective do you think an exercise routine would be if someone only applied it once or twice a month? Would you expect to see real changes in their health? Would you expect someone to learn an instrument who only picks it up when they feel like it and plays around for a few minutes? No, we don't expect results from such 'efforts' because they lack the consistency and commitment that it takes to get results.

Why would we expect anything different from our exposure to God's Word? The person who sits in worship to hear a sermon while her mind is running through plans for the week. The daily Bible reader who rushes to finish his assigned passage so he can check it off his to-do list. The commuter who listens to an audio Bible in the car while also scrolling through text messages at stoplights. We are not surprised when the Word doesn't take root and bear fruit after being heard in this way.

But what about the person who attentively listens to the whole sermon and then forgets it after they leave the building because “it didn't speak to me?” Or the daily Bible reader who carefully and slowly reads a chapter, then moves on because “nothing really stood out?” Are they showing diligence in their hearing and reading?

Consider, by way of contrast, the famous Bereans of Acts 17:10-12 “The brothers immediately sent Paul and Silas away by night to Berea, and when they arrived they went into the Jewish synagogue. Now these Jews were more noble than those in Thessalonica; they received the word with all eagerness, examining the Scriptures daily to see if these things were so. Many of them therefore believed.” The Bereans heard Paul and Silas preaching. And they knew that the preaching of the word was meant to be the beginning of something, not the end. They followed-up, they examined, they eagerly pursued understanding. And what was the result? The Word was effectual – many of them believed. Or consider the righteous man in Psalm 1:2 “his delight is in the law of the Lord, and on his law he meditates day and night.”  And what does the next verse say is the result of that diligence?  "He is like a tree planted by streams of water that yields its fruit in its season, and its leaf does not wither.  In all that he does, he prospers."  In short, their reading is effectual, it accomplishes its purpose.

Such readers and hearers are not passively expecting that the word of God will arrive pre-chewed, processed and ready. They understand that, for the Word of God to produce the results we want, we have to demonstrate “careful and persistent work or effort,” in other words, diligence. We have to read and re-read.  Think.  Study.  Learn.  All that diligence is based on our trust that, if God's Word is not producing fruit in our lives, it's not the Word of God that has failed. Rather, we confess that “All Scripture is breathed out by God and is profitable for teaching, for reproof, for correction, and for training in righteousness” (2 Timothy 3:16). Because we believe that is true, we are diligent in our reading and hearing until it produces results.

As we looked at in our previous post, such human efforts don't negate the power of God's Word to do its appointed work.  Rather, our diligence is one of the God-ordained means for his Word to take effect.  So none of this talk of diligence and effort is intended to produce guilt or condemnation - far from it!.  It should instead challenge us and urge us on. God's Word is living and powerful. It will produce the fruit of salvation and godliness. Don't give up on it. Hear it with all the diligence it takes to see the effects.