new self, old self, sanctification 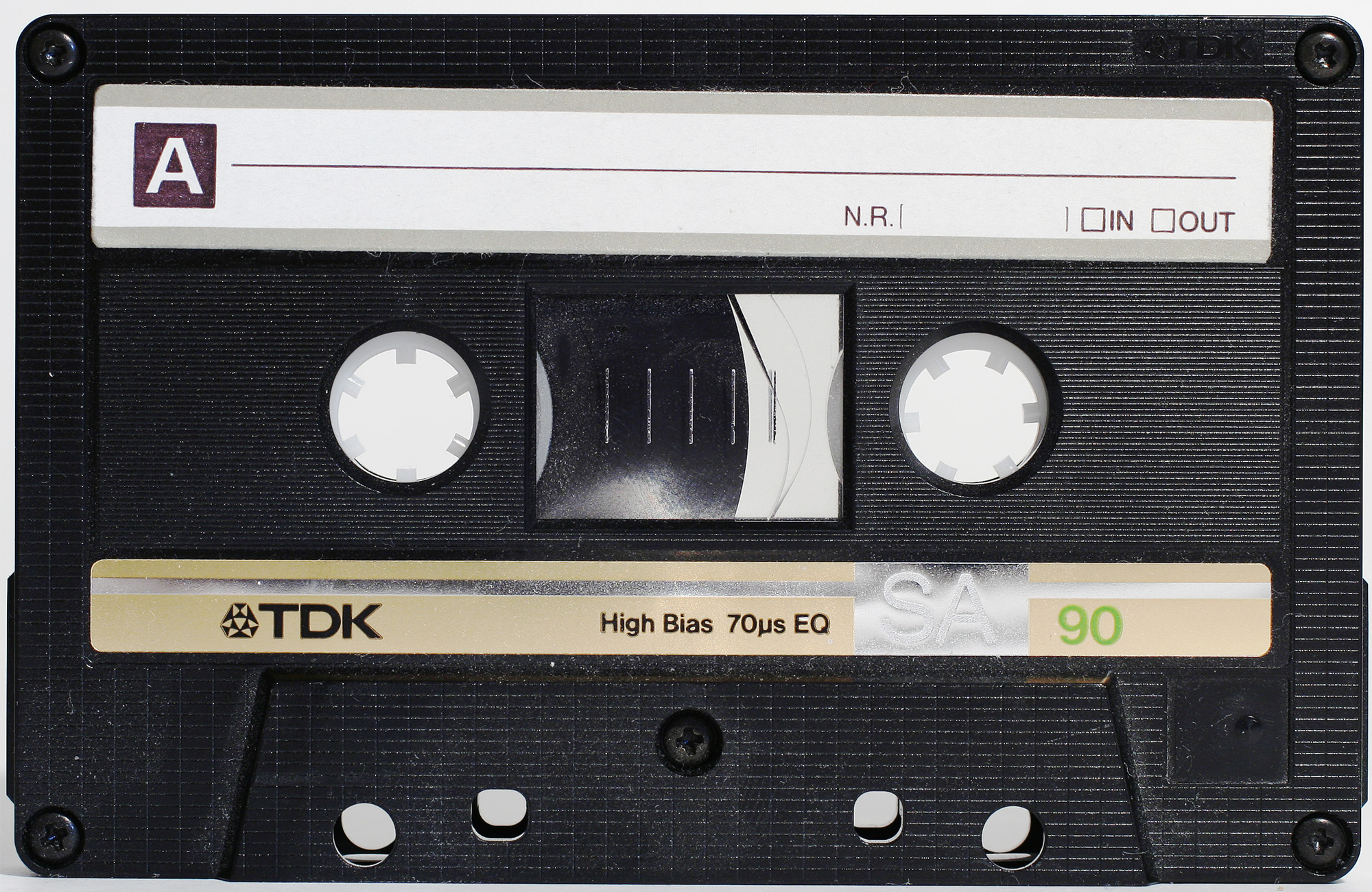 While cleaning through some storage boxes last week, I uncovered some old cassette tapes from my youth. Do you remember cassette tapes? I was raised in the era of cassettes, which meant that I had my own little tape recorder and a whole cache of blank tapes. I would record songs off the radio; my friends and I would make humorous (to us at least)... tapes were a very useful bit of technology. And if you ran out of tapes, you didn't even need to buy more, because you could always record over an old one.
You see, that was the thing about tapes. You couldn't just "delete" them, the way you can delete digital audio. I delete a song from my computer and it's gone. To rid yourself of something on a cassette tape, you had to do more - you had to record over it. Even if all you recorded was silence, you had to replace it with something. And so everything that was on those ancient tapes in storage from 25 years ago is still on them today, even if nobody's listening.
Our lives are much like that. We read in Scripture of God's commands to us. We see that we must stop things like lying, coveting, lusting, speaking harshly, etc. And we imagine, perhaps, that it is simply a matter of "deleting" sinful behavior. If we wish to be sanctified, we must highlight and remove all undesirable habits from our lives.
Sounds simple, but we find we can't do it. We try to just stop doing bad things and end up changing hardly at all.
Because we're not made like that. Change doesn't happen that way. We are more like analog cassette tapes, maintaining our old content until it is recorded over, replaced by something new. This is why Paul calls us, in Ephesians 4:22-24 "to put off your old self, which belongs to your former manner of life and is corrupt through deceitful desires, and to be renewed in the spirit of your minds, and to put on the new self, created after the likeness of God in true righteousness and holiness."
We not only put off the old. We also must put on the new. In fact, it is one and the same act - putting off the old self happens only as we put on the new. Paul then goes on to illustrate his point, starting in verse 25. Instead of falsehood, speak the truth. Instead of stealing, do honest work. Instead of crudeness, exhibit edifying speech. Instead of bitterness and slander, be a people of forgiveness and kindness.
To become more like Christ, to experience life the way God intended it to be, we should not simply look for the things that aren't supposed to be there, as if we are mostly OK, minus a few blemishes that need to be wiped away. Instead, we ask, "What IS supposed to be there?" Because what is really needed is for us to rewrite the whole thing. Old ways of thinking, old habits of relating, old values, old patterns of reacting - all those things need to be replaced. So as we come to Scripture and see life as it is meant to be, we pursue that. Deleting from a tape never meant taking anything away. It was always about adding something new. Once the new is in place, the old is done away with.